This year we present us again at the wtt Expo in Karlsruhe. Together with our partner Penke, Reineward &. Co. GmbH and the Caldarius AG from austria we can look back to a sucessful exhibition appearance in june 2016. 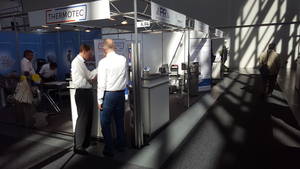 The WTT 2014 in Karlsruhe was a total success. Among a lot of technical discussions and specific inquiries we were able to recruit some new customers. 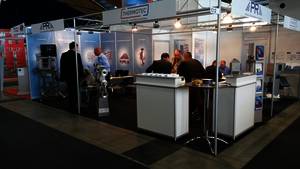 08- 10th April 2014
We exhibit - at the Fair for Industrial Heat and Cooling Technology - the WTT expo 2014 at the Karlsruhe Trade Fair Centre. Visit us: Stand C12 Hall 3
Additional data is available from the official website WTT 2014.

01st Oktober 2012
Since October 2012 a student of university Bremen is completing an intership for his course of studies industrial engineering. He observes all operational sequences and works on different computer programs.


04th September 2012
This hugh plate-heat exchanger with an exchaning surface of 680 m² was build up in Belgium from our customer at the beginning of september. It’s a type LU and it has got a massflow (air) of 10.000 m³/h. 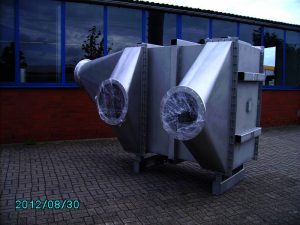